On Tuesday 1st June, Parish Cllr Karen Robinson & I joined local residents and volunteers from our Community Speedwatch Team, to carry out a one-hour session on Brook Lane. Due to the pandemic, this was only our second session of 2021 and with it being half-term week, we had expected this to be one of our quieter sessions; however, we still recorded twenty one vehicles exceeding the speed threshold.

The results of our session in full were:
- total number of vehicles exceeding the speed threshold but under 40 mph (16)
- total number of vehicles exceeding the speed threshold travelling faster than 40 mph (5)
- the highest recorded speed on this occasion was 46 mph
The Parish Council has recently placed an order for some "Community Speedwatch" signs, which we hope will help to enhance recognition of the work our team of volunteers are doing on our behalf, as well as encouraging more drivers to stick within the speed limit. We have also purchased a second speed radar gun, which will enable us to have two teams of volunteers operating at the same time in future.
As always, we continue to look to local residents to support our team of volunteers and if you feel you can spare an hour a month to help out, please do get in touch with me (craig.browne@cheshireeast.gov.uk). 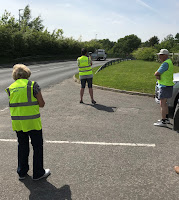 Posted by Cllr Craig Browne at 12:02 No comments:

I am pleased to publish the statistics for the CCTV Control Room for the final three months of 2020. Understandably, given the pandemic, the number of activations was slightly lower during Q4 2020 than during the same period for the previous year; however, there were 38 incidents in total during October, November and December 2020.

As a reminder, the Control Room is based at Macclesfield Town Hall and operated by Cheshire East Council (Alderley Edge Parish Council provides funding of £6,000 per annum towards the cost of the service and helping our village to feel more secure). The vast majority of the team's work over the period was in assisting police to search for missing or wanted persons.

The CCTV system was also used to successfully help police track down an individual who had been seen acting suspiciously within the village centre; the individual was apprehended, found to be in possession of a quantity of a controlled drug and taken to Macclesfield Police Station for questioning. Following reports of an individual attempting to withdraw funds from a bank account on behalf of someone else, police were alerted and the CCTV was used to help track down the individual as well as a suspect vehicle nearby. The CCTV was able to identify the registration number, allowing police carry out a vehicle check.

I would like to take this opportunity to thank Council Officers at the CCTV Control Room for their diligence over this period as well as members of our local policing team. Not every activation will result in a conviction or even an arrest; however, it is good to have the assurance that the system is in place and operating to protect the security of local residents, businesses and legitimate visitors to our village. 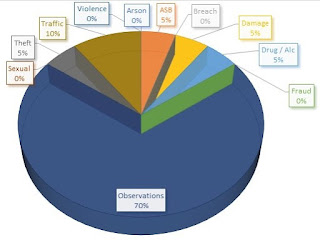 Posted by Cllr Craig Browne at 11:04 No comments:

As many residents will have noticed, yesterday afternoon a sinkhole appeared on Wilmslow Road on the section between the Tower Garage & Piccolino's. Safety barriers have been put in place by engineers from Cheshire East Highways who have carried out in initial inspection of the site. Early indications suggest that the sinkhole is the result of a collapsed sewer (which falls under the responsibility of United Utilities).

United Utilities have been informed and are expected on site shortly to carry out a more detailed investigation. Assuming a sewer collapse is confirmed, United Utilities will then bear the responsibility for carrying out any subsequent repair works. In the meantime, I am in regular communication with Cheshire East Highways and will provide an update when there is more information to share. 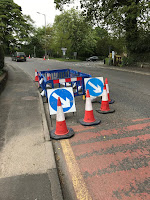 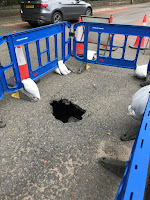 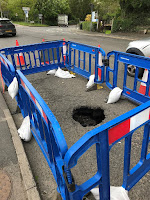 Posted by Cllr Craig Browne at 05:55 No comments:

Unfortunately, this year sees a 21% reduction (£3.9m) in the level of funding the council receives from the Department for Transport to repair and maintain the road network on its behalf. Whilst the reduction in government funding is disappointing, Cheshire East Council has attempted to make good the shortfall this year by investing £3m from its own capital budget - essentially your Council Tax.

Whilst the added investment from your Council Tax has helped, the table above clearly shows a fall in investment in the highways network this year and this inevitably means that Cheshire East Highways will be able to repair and maintain fewer roads this year than last year. Nevertheless, I have been working hard to ensure that some of our local roads do make it onto this year's list.
Macclesfield Road & Knutsford Road (from the Brook Lane Roundabout to the Ward Boundary) have both scored highly being ranked 23rd and 25th on the list respectively. There is a realistic expectation that repairs will be carried out on both routes and this should be confirmed in about 6 weeks time. London Road (between Heyes Lane and Macclesfield Road) is the next highest, ranked in 55th place.
Roads are assessed across the borough in line with the Dept for Transport's required criteria; however, to assist residents in their understanding, I am publishing the assessment criteria below along with this year's list of assessed roads (ranked in terms of score). In summary however, the criteria are: engineer/local councillor priority; road condition; number of defects per scheme; number of customer service requests (complaints) per scheme; claims per scheme; and scheme location. 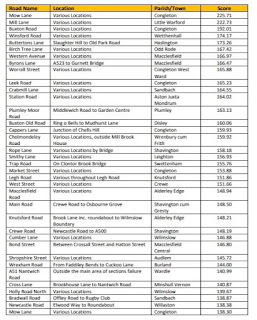 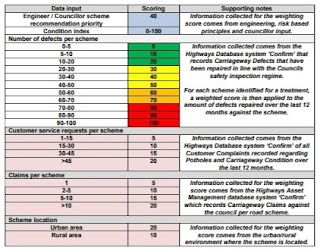 Posted by Cllr Craig Browne at 10:39 No comments:

As Deputy Leader of the Council and Chair of the Highways & Transport Policy Committee, I recently had the pleasure of attending the official opening of the new cycleway on Alderley Road, Wilmslow. This £1m scheme has been largely funded through the Local Enterprise Partnership's Local Growth Fund (£900,000) with a match funding contribution of £100,000 from Cheshire East Council.

The cycleway follows the modern design concept of a "shared space" scheme, without segregation for cyclists and pedestrians; however, four pedestrian/cycling symbols are to be added to the surface of the new route to advise users that it is intended for shared use. I am pleased to confirm that a number of further positive features have been included within the scheme:

- a new bus shelter has been installed, just after the junction with Fulshaw Park South

Furthermore, advantage was taken during the closure of Alderley Road to carry out some drainage works that have long since plagued this gateway to Alderley Edge and Wilmslow. Two existing gully connections on the north bound lane were found to have collapsed and these have now been diverted to a combined United Utilities combined drainage system, whilst additional combined drainage kerbs have also been installed at the junction with Fulshaw Park South.

Royal London will also replace a 750mm culvert within the boundary of the land under their ownership and will be renewing all gully connections on the southbound lane, as part of their planning agreement. I have also received confirmation from Cheshire East Highways that the road markings on the southbound approach to the Whitehall Bridge Roundabout will be refreshed over the coming weeks. 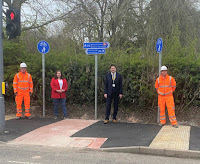 Posted by Cllr Craig Browne at 10:24 No comments:

As I previously reported in 2020, Cheshire East Council is seeking expressions of interest for the provision of a mobile refreshment facility in Alderley Edge Park. This is a project that I have been seeking to bring to fruition for several months, following a previous call for tenders last summer. On that occasion, the successful tenderer pulled out as it became clear that they were seeking to provide a permanent facility.

Contracts will be provisionally let from 1st June 2021 and be valid for up to three years. Further details can be found on Cheshire East Council's website https://www.cheshireeast.gov.uk/leisure,_culture_and_tourism/parks_and_gardens/parks-commercial-opportunities.aspx with a closing date for expressions of interest by 4pm on Friday 7th May.

Interested parties should submit their quotation and further details by email to: parks@ansa.co.uk

I would like to thank ANSA (Parks Maintenance) for bringing this commercial opportunity forward in line with my request, as I am sure a mobile refreshment facility will be a great addition to the park and is something that will be welcomed by many residents and visitors. I am also pleased that this will also enable the public toilets next to the bowling hut to be re-opened, as part of the contract.

Please could I add that whilst I am very supportive of this opportunity, I will not have any direct involvement in the contracting process and that interested parties should take up any specific queries they may have directly with ANSA. I look forward to welcoming the successful contractor to our village park in the near future.

Posted by Cllr Craig Browne at 09:02 No comments:

Cllr Craig Browne
Welcome! I have set up this blog to let residents of Alderley Edge know about what I am doing for the community on their behalf. Also, I want to use it to help residents let me know about issues that are important to them and work that needs carrying out by Cheshire East Council.

I am pleased to announce the date of my next Community Surgery, which will be on Saturday 29th February between 10am and 11am. As usual, the... 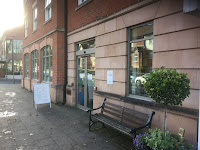 GET MY POSTS DIRECT TO YOUR EMAIL!